Border Collies are at the top of the class!

What are the top 10 most popular dog breeds in America?  Think you can name them all?  But more importantly, where do Shelties rank in this list? ;)

It depends how you define “top 10”.  The most common methods are by popularity among pet owners (judged by dog registrations) and by intelligence, but there are more top 10 lists.

The Shetland Sheepdog does rank in the top ten for intelligence.  But you may ask exactly how do they determine intelligence?

Based on that criteria, here is the list of the top 10 brightest dog breeds: 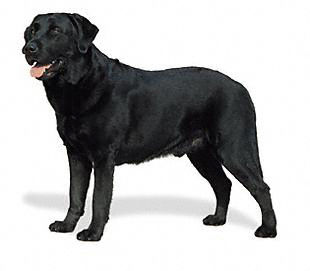 Labrador Retrievers, originally from Newfoundland, were initially used in work alongside fisherman, helping to pull in nets and catch fish that escaped from fishing lines.

This versatile hunting breed comes in three colors – yellow, black and chocolate – and because of their aptitude to please their master they excel as guide dogs for the blind, as part of search-and-rescue teams or in narcotics detection with law enforcement.

“Labs,” as they are  affectionately called, are gentle, intelligent and family-friendly. Hence why it continues to be the most popular breed in the United States. 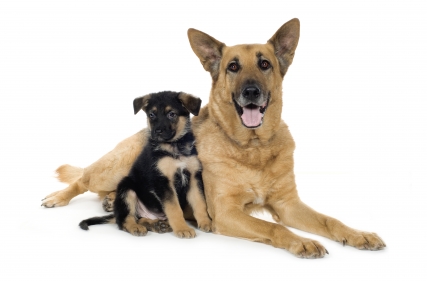 The German Shepherd Dog  originated in Germany around 1899. This breed is  hailed as the world’s leading police, guard and military dog, but this dependable breed is more than a working dog.

The German Shepherd Dog is also a loving family companion,  herder and show competitor. The breed is approachable, direct and fearless, with a strong, muscular body. The GSD may be most colors, but most commonly is black and tan.

Named  for the English city from which they originally hail, Yorkshire Terriers were  used in the nineteenth century to catch rats in clothing mills.

Yorkshire Terriers, affectionately known as “Yorkies,” offer big personalities in a small package. Though members of the Toy Group, they are Terriers by nature and are brave, determined, investigative and energetic. They have long, luxurious blue and tan  coats.

The Beagle is a small to medium-sized dog, standing under 15′. The breed’s hunting ability, combined  with a merry personality, has made the Beagle one of the most popular dogs in the United States.

Beagles are also favored for  their compact size and short easy to care for coat.  They naturally enjoy the company of other dogs and  humans. Curious and comedic, they often follow their noses–which can lead to some mischief if they are not provided with daily activity.

The working ability that has made Golden Retrievers such useful hunting companions also make them ideal guides, assistance and search and rescue dogs. The golden-colored coat is the hallmark of this versatile breed, and can range from light blond to dark gold.

Goldens are active, energetic and can adapt to many different living situations but do require regular daily exercise. Their water-repellant double-coat sheds seasonally and needs regular brushing. With their friendly temperament and striking golden color, this breed is  both beautiful to look at and a joy to own.

Said to have originated  in the British Isles, the name “bull” was  applied because of the dog’s connection with bull baiting. The original  bulldog had to be ferocious and courageous, and almost insensitive to pain. When dog fighting became illegal in England,  fanciers set to the task of preserving the breed by eliminating the fierce characteristics. Within a few  generations, the Bulldog became one of the finest physical specimens with an agreeable temperament.

Today, Bulldogs are recognized as excellent family pets because of their tendency to form strong bonds with children. They tend to be gentle and protective. The breed requires minimal grooming and exercise. However, their short nose makes them prone to overheating in warm weather, so they require cool, shady places to rest.

Developed in Germany in the 19th century, Boxers were originally used for dog fighting and to run down and hold large game such as wild boar and bison until the hunter could  arrive. The breed is known for standing up on its hind legs and batting at its opponent, appearing to box with its front paws. Imported to America after World War I, they began to grow in popularity in the late 1930s.

While they are instinctive guardians, the Boxer loves to be with people. This personality trait has allowed them to succeed as couriers during war time and as seeing-eye dogs for the blind. The Boxer requires little grooming, but needs daily exercise.

The Dachshund, meaning “badger  dog” in German, is a lively breed with a friendly personality and keen sense of smell. Known for their long and low bodies, they are eager hunters that excel in both above- and below-ground work.

Dachshunds are lovable, playful companions, and an ideal pet for many homes, including those with children with appropriate supervision. They require moderate exercise, and can adapt to most living environments. Depending on their coat type, Dachshunds may require regular grooming. 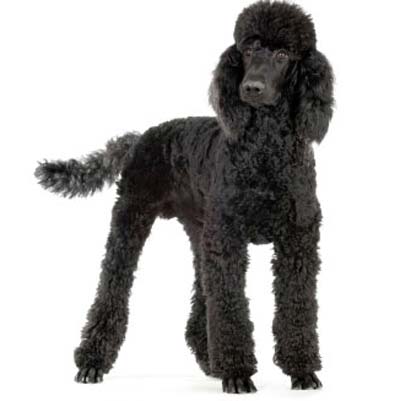 The Standard Poodle originated in Germany as a water retriever. The stylish “Poodle clip” was designed by hunters to help the dogs move through the water more efficiently. The patches of hair left on the body are meant to protect vital organs and joints which are susceptible to  cold.

The Poodle, though often equated to the beauty with no brains, is exceptionally smart,  active and excels in obedience training. They can accommodate nearly any size living quarters and their hypoallergenic coat may reduce allergic reactions, but dues require regular professional grooming.

Cherished by Chinese royals as prized house pets for over a thousand years, it is believed to have descended from crossing the Lhasa Apso or Tibetan mountain dog and Pekingese.

A compact  and solid dog, the Shih Tzu’s long, flowing double coat is its most distinctive  feature. The word Shih Tzu means “lion” and although this dog is sweet and playful, they are not afraid to stand up for themselves!

As the sole purpose of the Shih Tzu is companion and house pet, they should be lively, alert, friendly and trusting towards all. They require minimal exercise, but the long,  luxurious coat needs daily brushing and maintenance.